Activation of the task number option

You have the possibility to activate the “Display task number” option in the project settings.

Later on, if you do not want to display the tasks number anymore, you can hide them by desactivating this option. 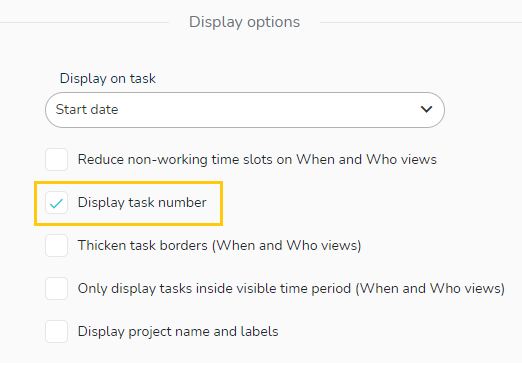 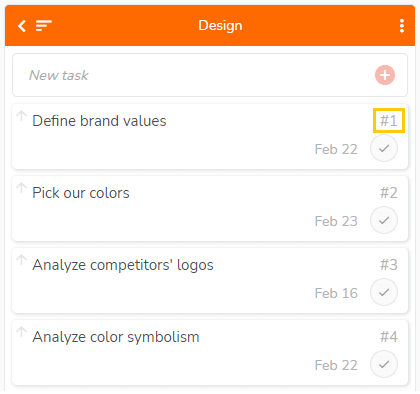 If you delete a task from the project, its number is deleted at the same time. This means that this number will no longer be assigned to a task in this project. 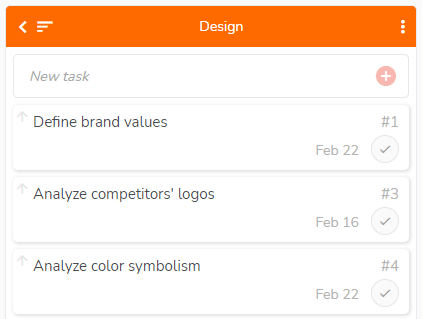 Display and sorting of tasks

With this option, you can sort tasks by ascending or descending number in the “What” and “When” views of your projects.

Here is an example below in the “When” view: 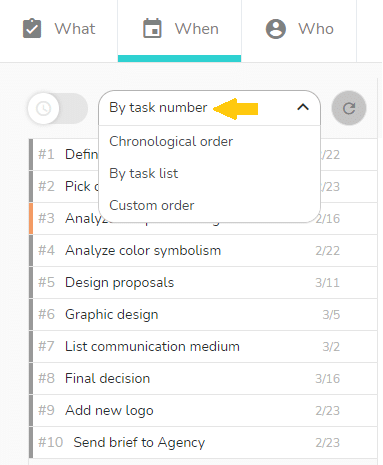 When you drag-and-drop a task to another project, its number adapts to the numbering of the destination project, as if a brand new task were created in that project: it follows the last number.

It is the same when you drag-and-drop a tasks list to another project. The tasks numbers adapts to the numbering of the destination project.

In case you move the task back to its original project, it is also treated as a new task created, and its number, therefore, takes the following number of the project. The same applies to a tasks list.

Finally, when you duplicate a task or tasks list within a project, the tasks generated by this duplication are assigned numbers following the existing ones.

Choice of date format matching with your geographical area

Validate a task whose remaining times are not zero