You may have scheduled working time on a task, and you want to mark it as completed task with some uncompleted time left. 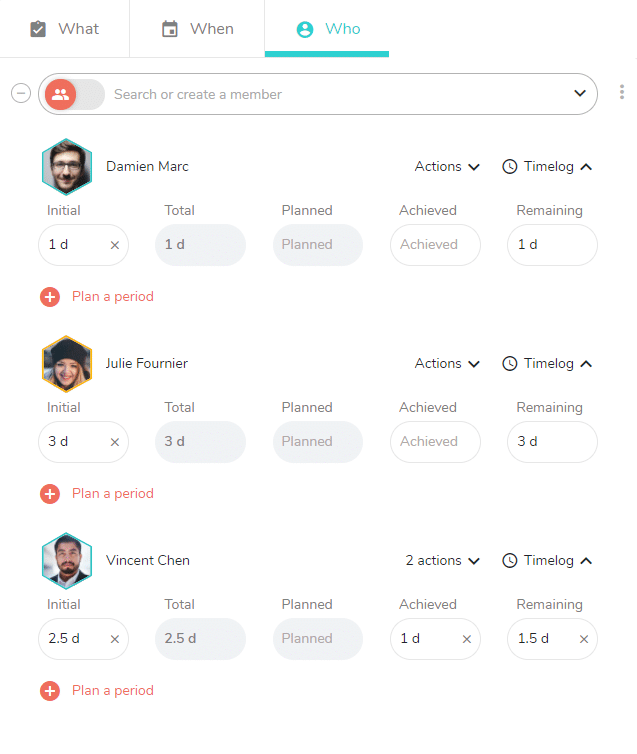 If the task is scheduled in the “Who” tab of the task detail with time remaining for one or more members, then a message indicating the resetting of remaining times is generated when you want to mark a task as “completed”. 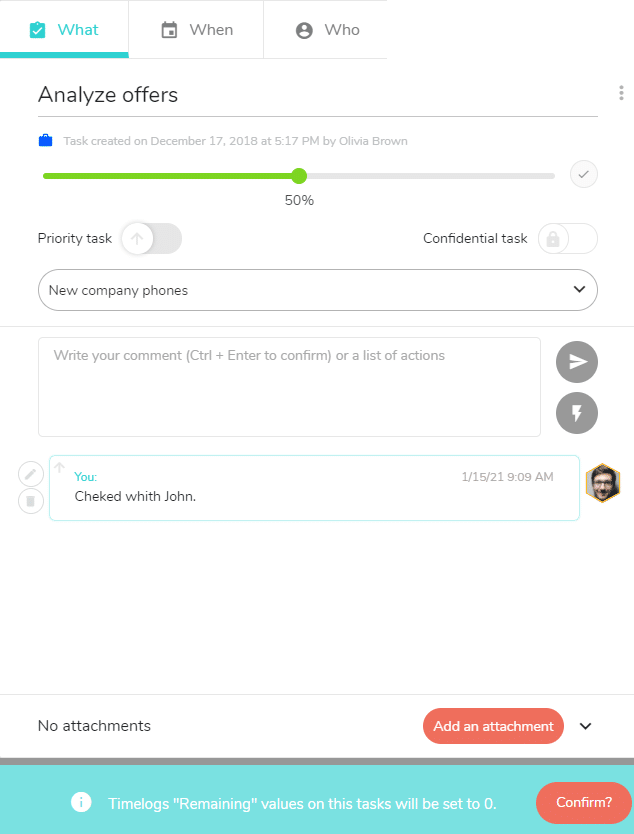 You need to confirm the task as “done”, as this will set all remaining times to 0. By confirming, it updates the working time and prevents any kind of reminders.

In case of a mistake, or if the progress status of the task changes, in order to return the task to visible in the list of tasks to be performed, you cannot directly uncheck it from “completed tasks”. The following message reminds you: “The task completion status depends on timelogs. Update the task’s timelogs to change its progress status. ”

You have to go into the detail of the task, on the Who tab, then click on the X on the right of the remaining time (0h). The remaining time is recalculated and the task is found in its list. 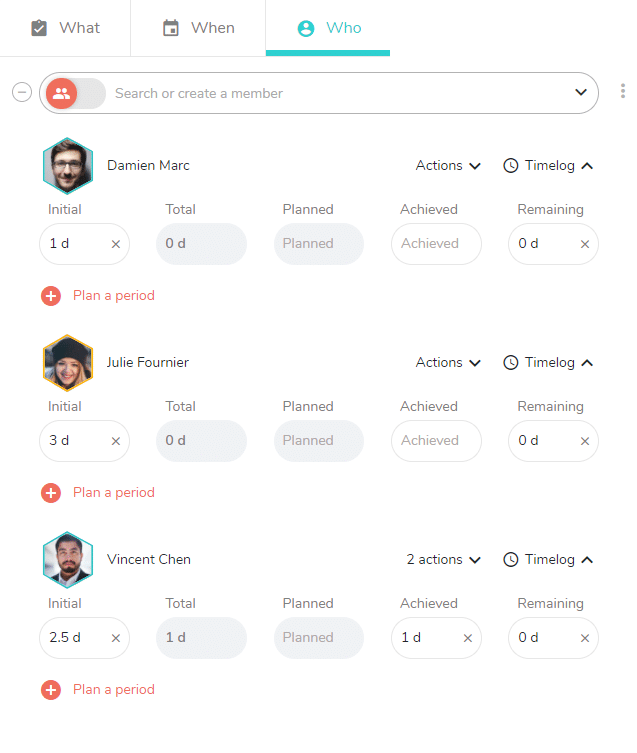 Scheduling a task in the When tab