The purpose of the timelog imputation feature is to allow you to create phases that follow each other in chronological order.

The times entered on the project will be automatically broken down according to this phasing.

The Excel export of project timelogs takes this phasing into account: an “Imputation” column appears to the right of the timelogs columns.

The objective is to be able to use the time entry according to a logic of chronological phases distinct from the sorting of time according to the task lists. This functionality was originally intended for analytical accounting.

Go to the project parameters, to the “Timelog imputation” section:

Enter a label and a start date. Then click on “Create”:

The creation of a next phase will provide a deadline for the one that you just created:

The last phase will end with the completion of the project.

What are the effects of creating these timelogs imputation phases?

First of all, the time entry is automatically broken down into these phases, without being visible at the time of entry.

In this project, I will schedule time on the “Analyse color symbolism” task: 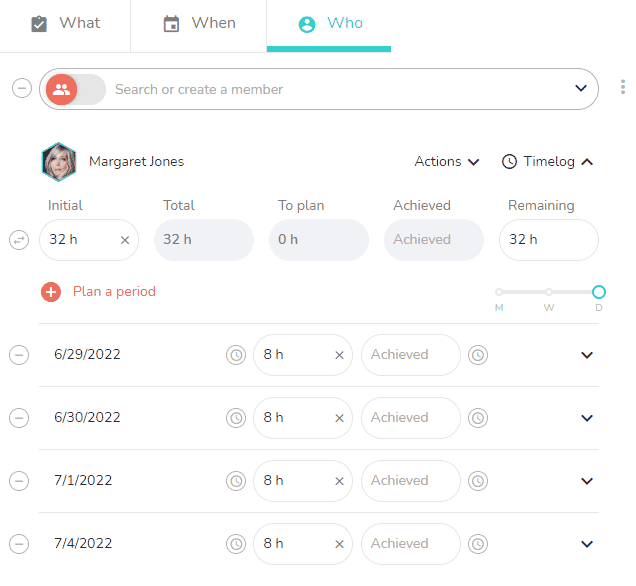 Nothing indicates that my planned times are broken down according to the phases defined in the project parameters.

However, on the Excel export, an “Imputation” column appears and distributes the times according to the defined phase dates:

If the load of a task has been planned on two phases, Beesbusy distributes the load in the right phases, according to the defined dates. Thus, the task “Analyse colour symbolism”, previously planned, sees its last day imputed to the following phase:

Good to know: the time allocation is automatically taken into account in the export. There is nothing to check or uncheck in the Export Options window.

Track all your projects at a glance